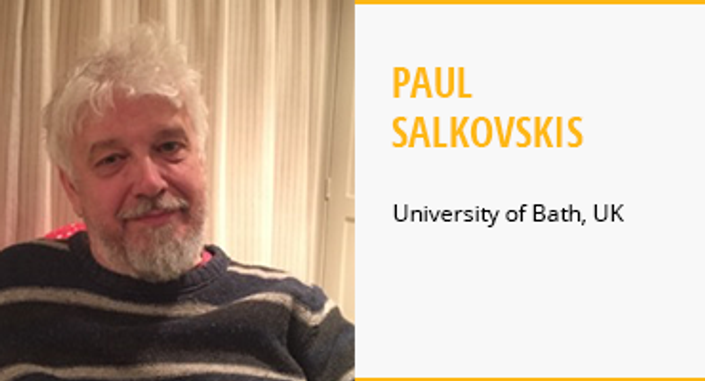 The coupon code you entered is expired or invalid, but the course is still available!

Technical Overview: This webinar is a recording of a previously held event. The video displays the slides/screenshare presented during the webinar, and the audio consists of the narration and dialogue by the host and presenter(s). (Note: the speakers are only heard and not seen in this recording)

Topics Covered in this webinar: 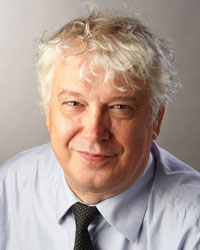 He is regarded as a world leading expert in anxiety disorders in general, and more specifically in Panic and Agoraphobia, OCD, health anxiety and specific phobias, having contributed considerably to the psychological understanding and treatment of all of these areas. He also has considerable expertise in Health Psychology, working on Health Screening, Health Decision Making and the identification and treatment of Medically Unexplained Symptoms.

In 2010 he was appointed Programme Director for the Clinical Psychology Doctorate Programme at Bath which has now become one of the most sought after training programmes. He is currently Editor of the BABCP Journal, Behavioural and Cognitive Psychotherapy, and on the editorial board of manyother international journals. He is Patron of several OCD and anxiety disorder charities. He received the Richard Rosen Prize for his contribution to the understanding of OCD, and two different Aaron T Beck Prizes for contributions to CBT! His main research interests include the study of cognitive (appraisal) and behavioural (safety seeking) factors in the understanding and treatment of anxiety disorders. He is presently involved in a wide ranging programme of research in anxiety disorders, including experimental investigations of cognitive and behavioural components, questionnaire studies, treatment trials and clinical studies. He has led CBT skills training throughout the world, and his teaching has been praised for being both research led and clinically focused. He has published well over 250 articles and chapters on the understanding and treatment of psychological problems and anxiety disorders.

When does the course start and finish?
The course is a completely self-paced online course - you decide when you start and when you finish.
How long do I have access to the course?
How does access for 6 months sound? After enrolling, you have unlimited access to this course for 6 months - across any and all devices you own.
What if I am unhappy with the course?
We would never want you to be unhappy! If you are unsatisfied with your purchase, contact us in the first 30 days and we will give you a full refund.
off original price!

The coupon code you entered is expired or invalid, but the course is still available!

This webinar is a previously recorded event. You may watch and pause the recording freely at your convenience.